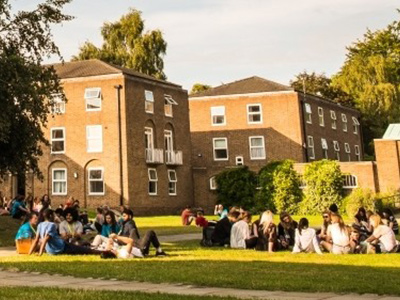 The university access scheme is run by the Kent Academies Network, in partnership with the Sutton Trust and Fitzwilliam College, University of Cambridge. Participating schools identify students in Year 9 based on their academic potential to begin a four-year programme of support. In each of the four years of the programme, the group of students spend one week at Easter and one week in the summer on a residential course in Kent.

The Sutton Trust ran its first Summer School in 1997 at Oxford University and they continue to be highly popular. It is the largest programme of its kind, with 10,000 applicants for 2,000 places in 2014. The week long summer schools are designed to give bright students from non-privileged homes an insight into life at a leading university. The programme is delivered by the Trust’s university partners: Bristol, Cambridge, Durham, Edinburgh, Imperial, King’s College London, Nottingham, St Andrews, UCL, and the Royal Veterinary College.

The Sutton Trust US programme was launched in 2012 with the UK/US Fulbright Commission.[32] The programme helps low-income students apply to universities and colleges in the USA and apply for financial aid packages. The programme, which is free for students, includes a week-long trip to an Ivy League institution, four residential courses in London, intense mentoring throughout the application process, plus payment of examination fees.[33]

The programme took 64 students in its first year in 2012, before expanding to 150 in its second year and 175 in its third year. Students on the 2014 programme attended summer schools at Harvard, Yale, and MIT. In 2014, 61 students from the summer school were awarded places at 37 US institutions to pursue their undergraduate degrees. 60% of these students come from households with an income of less than £25,000 per annum. In its first two years the programme has enabled 82 students to gain scholarships to American universities, including Harvard, Princeton, Yale, MIT and Dartmouth, accessing $20m of financial aid. In its third year, 58 students from the programme were awarded places at 39 different institutions, accessing over $14m in financial aid.

The Sutton Trust runs the country’s largest programme of subject specific Teacher Summer Schools aimed at boosting access to the country’s leading universities. The Teacher Summer Schools are free to attend and are aimed at teachers in schools and colleges which have relatively few students accessing highly selective universities and which serve areas of socio-economic need.

This project aims to increase the number of offers made to non-privileged students by elite universities through an e-mentoring programme. Each student is assigned an e-mentor who assists them through a subject specific pathway.

This programme offers sustained support to students in years 10-13 to help them make strong applications to Oxford University. The programme provides information, advice and guidance to academically able students and staff members, in non-selective state schools with little history of progression to Oxford. In its first year the programme worked with nearly 3,000 students and 400 teachers from across the UK.